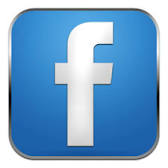 Sometimes it seems most of my Facebook feeds
Are full of rants and diatribes and screeds
That, I admit, all have their point that we
Must pay attention, and not fail to see
Injustice wheresoever it might lie,
Not be complacent, ills of the world deny.
And yet, I also know that I need more
Than simply outrage over sin abhorred.

Be angry, yes, but then never forget
The time they worshiped, and some doubted, yet
He told them that despite the wrong they'd known,
Authority o'er all was his alone;
Which means his way, his grace, his love, his face
Can never be supplanted or replaced
By anyone or anything; so sing,
Since his enduring life is one sure thing.

Now the eleven disciples went to Galilee, to the mountain to which Jesus had directed them. When they saw him, they worshiped him; but some doubted. And Jesus came and said to them, “All authority in heaven and on earth has been given to me. Go therefore and make disciples of all nations, baptizing them in the name of the Father and of the Son and of the Holy Spirit, and teaching them to obey everything that I have commanded you. And remember, I am with you always, to the end of the age.”

First, when chaos reigns and life is ruined,
There will always be light;
Second, when we find ourselves lost and at sea,
There is yet air to breathe;
Third, when we are flailing around thinking there is no tomorrow,
There are still grounds for planting trees and tilling gardens;
Fourth, when we are completely under the weather,
The sun and the moon will rise;
Fifth, when we feel like a fish out of water, with bird brains,
We really don't have to be everything to everybody;
Sixth, when we think it's all about us,
There are countless other creatures, but we're made to create;
Seventh, when we think we have to work until we drop,
Even God said, "I've gotta get out of the office."

(NB: Walter Brueggemann used the line about getting out of the office in a talk I heard many years ago. The last line of the poem is how a colleague, Jim Cortelyou, ended his mini-meditation one morning long ago as all the canoes of an Adirondack Canoe Expedition rafted up for morning devotions. Since then, I've wondered if Jim ("Les Voyageurs") was thinking at the time of James Weldon Johnson's sermon on Creation in God's Trombones.)

In the beginning when God created the heavens and the earth, the earth was a formless void and darkness covered the face of the deep, while a wind from God swept over the face of the waters.

And God said, “Let the waters bring forth swarms of living creatures, and let birds fly above the earth across the dome of the sky.” So God created the great sea monsters and every living creature that moves, of every kind, with which the waters swarm, and every winged bird of every kind. And God saw that it was good. God blessed them, saying, “Be fruitful and multiply and fill the waters in the seas, and let birds multiply on the earth.” And there was evening and there was morning, the fifth day.

God saw everything that he had made, and indeed, it was very good. And there was evening and there was morning, the sixth day.

These are the generations of the heavens and the earth when they were created.
Posted by Scott L. Barton at 1:42 PM