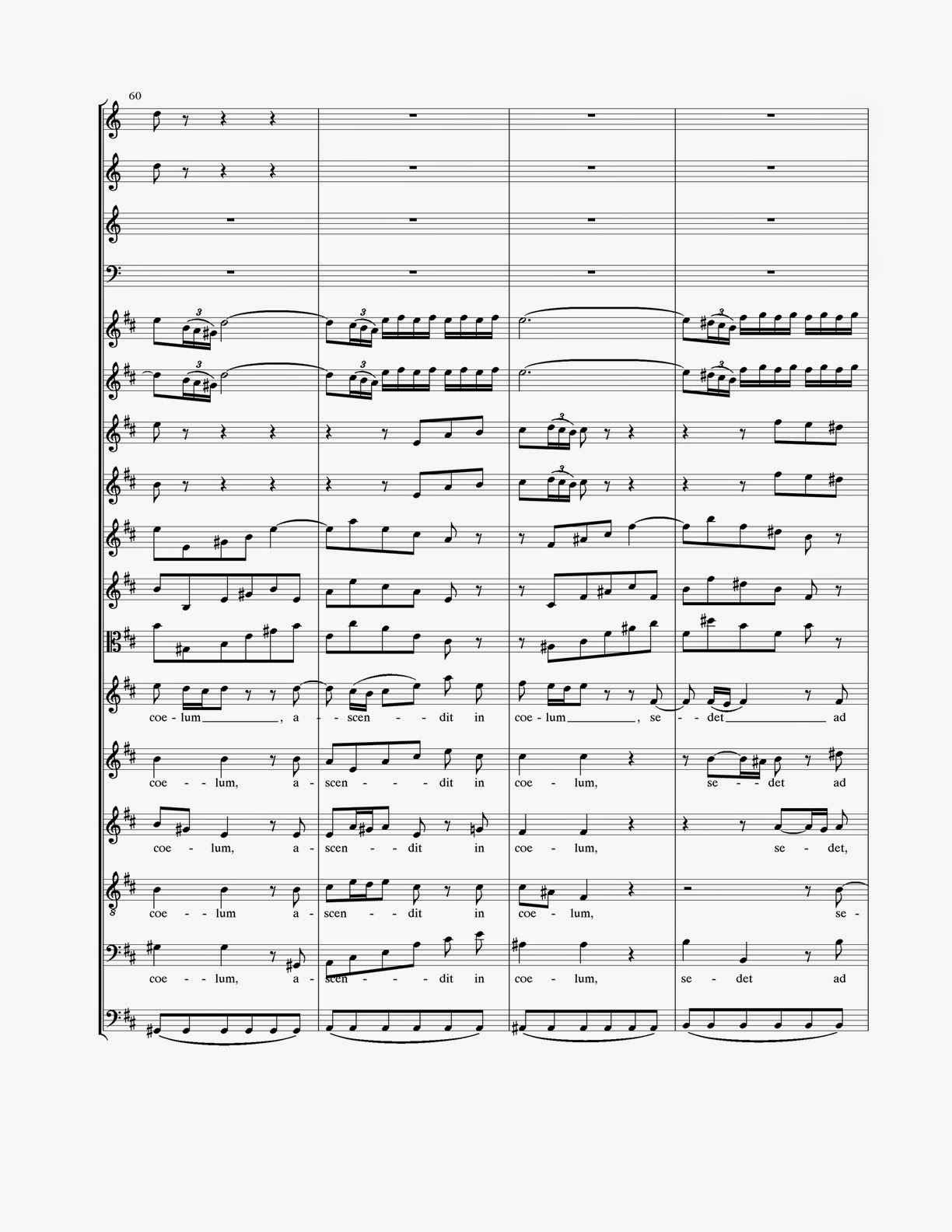 They must have thought that they had failed
When, strung up on the cross and nailed,
He died, with all he'd giv'n, undone;
The end of all their joy had come.

But then, they briefly knew him there!
In upper room and beach, despair
Dissolved! How could it be, I ask,
That Love returned, with death unmasked
As powerless his end to make?

I know not how, nor could they take
This joy for granted, for he soon
Rose out of sight, while they, marooned,
Stood open-mouthed at such a turn,
Hopes dashed again, until they yearned
For his return; now, more than twelve,
This fam'ly with their fears dissolved,
Are gathered, back in upper room,
This birthplace of the church, this womb,
Where soon, in eating, prayer and hymn,
By Spirit, they'll be born again.

So when they had come together, they asked him, “Lord, is this the time when you will restore the kingdom to Israel?” He replied, “It is not for you to know the times or periods that the Father has set by his own authority. But you will receive power when the Holy Spirit has come upon you; and you will be my witnesses in Jerusalem, in all Judea and Samaria, and to the ends of the earth.” When he had said this, as they were watching, he was lifted up, and a cloud took him out of their sight. While he was going and they were gazing up toward heaven, suddenly two men in white robes stood by them. They said, “Men of Galilee, why do you stand looking up toward heaven? This Jesus, who has been taken up from you into heaven, will come in the same way as you saw him go into heaven.”

Then they returned to Jerusalem from the mount called Olivet, which is near Jerusalem, a sabbath day’s journey away. When they had entered the city, they went to the room upstairs where they were staying, Peter, and John, and James, and Andrew, Philip and Thomas, Bartholomew and Matthew, James son of Alphaeus, and Simon the Zealot, and Judas son of James. All these were constantly devoting themselves to prayer, together with certain women, including Mary the mother of Jesus, as well as his brothers.
Posted by Scott L. Barton at 8:00 AM No comments: 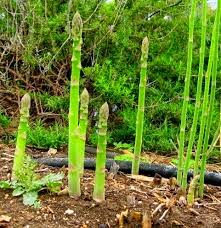 God made asparagus,
Green stuff I love to eat!
Asparagus that's grown in Hadley
Really can't be beat!
The soil is deep, it goes way down
Asparagus thinks it's fine!
So many on asparagus from
Hadley love to dine!
But do you know the other thing
That gives me much more joy?
The other crop we have that's known
As Hadley girls and boys!
They grow here in this church and learn
God's love for them each day,
They learn there's nothing in the world
Can take this love away;
They’re funny, and they’re smart, and know
From head deep down to toes,
That God is never far and that's
Why love, this people shows!
Now, when you're older, you might like
Asparagus's flavor,
But young or old, the love of God
Is always yours to savor. 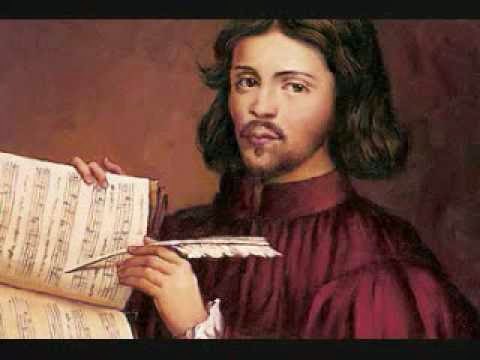 The link below is to a performance of Thomas Tallis' "If Ye Love Me," with John Rutter and the Cambridge Singers.  It's a favorite piece of mine from having sung it in 1966 with the NYSSMA All State Chorus.

"If you love me,
keep my commandments,
And I will pray the Father,
And he will give to you
another Comforter."

"You're not alone,
When you keep my words,
(He says that it's forever!)
You surely have it made,
Since the Spirit's with you."

"Because I live,
You will live also
(How many times I've said that!)
Father, Son, Spirit - love,
Plenty to go around!"

(This meter above is a bit unusual: 4/5/7/6/6.  Jesus' opening words pretty much determined it.  Maybe his words determining things is how it should be all the time for us!)


”If you love me, you will keep my commandments. And I will ask the Father, and he will give you another Advocate, to be with you forever. This is the Spirit of truth, whom the world cannot receive, because it neither sees him nor knows him. You know him, because he abides with you, and he will be in you.

”I will not leave you orphaned; I am coming to you. In a little while the world will no longer see me, but you will see me; because I live, you also will live. On that day you will know that I am in my Father, and you in me, and I in you. They who have my commandments and keep them are those who love me; and those who love me will be loved by my Father, and I will love them and reveal myself to them.”
Posted by Scott L. Barton at 12:59 PM No comments:

The birds are singing up a storm,
They can't believe it's true!
The bugs have all appeared today,
They came as if on cue,
As if a second day of eighty
Was some common ground
For rising out of slumber, and
Provoking now this sound
Of joy that I am blessed to hear,
This manna bringing now such cheer! 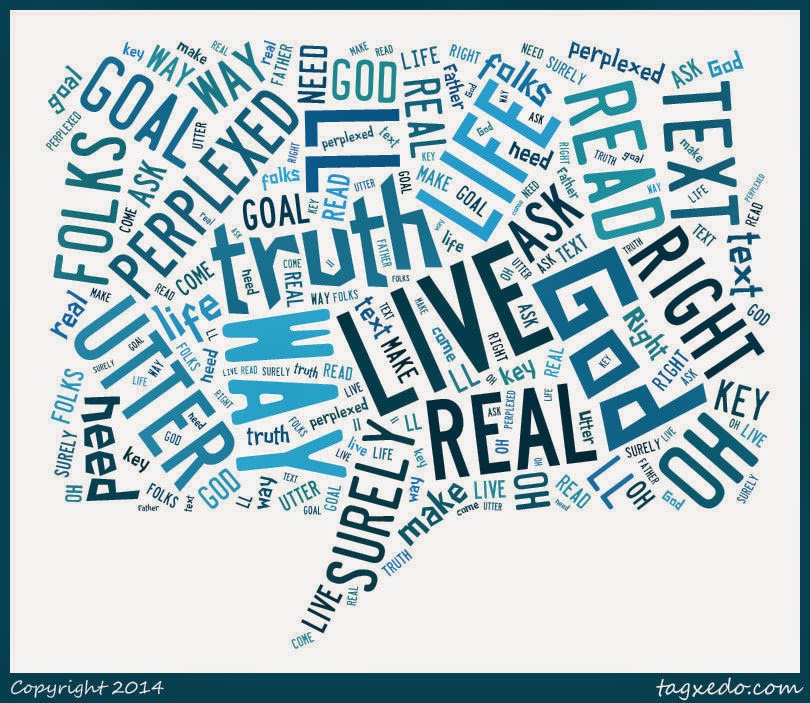 I am the way, and I am the truth,
I am the life by which you may live;
Let no one say for God to be real:
Utter my name, and then God will give.
Is that what I said? Oh no! Read the text!
Right! It's my WAY, how I LIVED that's the key;
My goal is never to make folks perplexed,
But if you live my way, surely you'll see
The Father who lives in me, living in you!
You'll have all you need; all you ask will come through.

“Do not let your hearts be troubled. Believe in God, believe also in me. In my Father’s house there are many dwelling places. If it were not so, would I have told you that I go to prepare a place for you? And if I go and prepare a place for you, I will come again and will take you to myself, so that where I am, there you may be also. And you know the way to the place where I am going.” Thomas said to him, “Lord, we do not know where you are going. How can we know the way?” Jesus said to him, “I am the way, and the truth, and the life. No one comes to the Father except through me. If you know me, you will know my Father also. From now on you do know him and have seen him.”

Philip said to him, “Lord, show us the Father, and we will be satisfied.” Jesus said to him, “Have I been with you all this time, Philip, and you still do not know me? Whoever has seen me has seen the Father. How can you say, ‘Show us the Father’? Do you not believe that I am in the Father and the Father is in me? The words that I say to you I do not speak on my own; but the Father who dwells in me does his works. Believe me that I am in the Father and the Father is in me; but if you do not, then believe me because of the works themselves.Very truly, I tell you, the one who believes in me will also do the works that I do and, in fact, will do greater works than these, because I am going to the Father. I will do whatever you ask in my name, so that the Father may be glorified in the Son. If in my name you ask me for anything, I will do it." 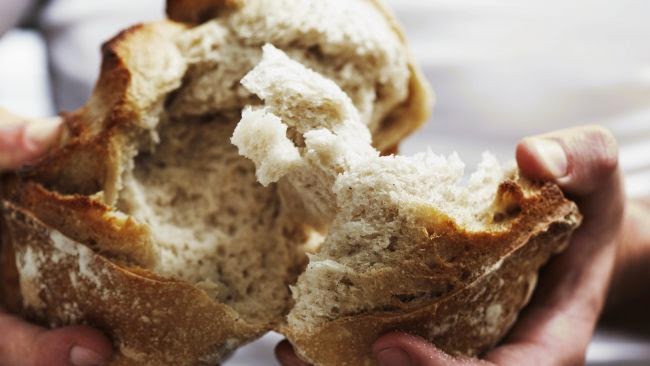 (from the North Carolina Council of Churches)

They devoted themselves to the teaching served up
By the apostles, and each others' care,
They devoted themselves in the power of love,
To the breaking of bread and the prayers;
These two words, "they devoted," now fill me with awe,
What a gift that such zeal they had!
What a wonder that all were provided with what
They had need of, which made them all glad!
And not just in the temple was church, then, "the church,"
But 'twas even at home as they ate,
Where their generous hearts and their genuine praise
All the peoples' goodwill did create;
Not by effort or work did community grow
To the faith that we now still can see,
But from all that would keep us from joy are we saved
By the Lord, who's the first devotee.

They devoted themselves to the apostles’ teaching and fellowship, to the breaking of bread and the prayers. Awe came upon everyone, because many wonders and signs were being done by the apostles. All who believed were together and had all things in common; they would sell their possessions and goods and distribute the proceeds to all, as any had need. Day by day, as they spent much time together in the temple, they broke bread at home and ate their food with glad and generous hearts, praising God and having the goodwill of all the people. And day by day the Lord added to their number those who were being saved.
Posted by Scott L. Barton at 3:16 PM No comments: